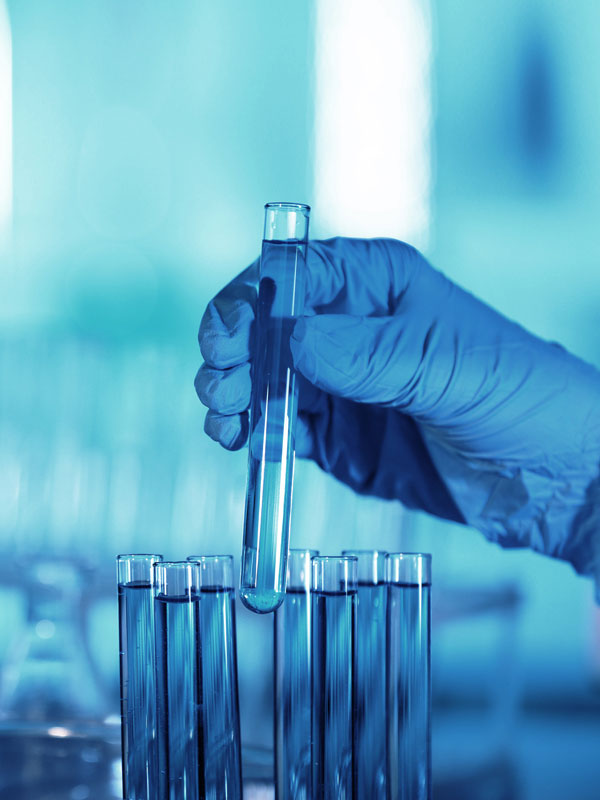 The main areas of application of EGT are:

IGEA is currently involved in the development of two SARS-CoV-2 DNA vaccines that will be delivered by electroporation. It is also providing the injection technology for a third vaccine, CORVax-12, currently undergoing human trials in the United States.

Immunotherapy against hepatitis B virus (HBV)

Pre-clinical studies have shown that the DNA vaccine against the preS1 protein of HBV is effective in blocking HBV entry into hepatocytes. DNA vaccine administered by electroporation induces the formation of HBV-specific antibodies and T cells. Anti-HBV antibodies protect against infection in an animal model representative of human disease.

TERT vaccination
Pre-clinical studies on B-cell lymphosarcoma in dogs have shown that the DNA vaccine targeting the enzyme telomerase is effective in activating a tumour-specific immune response and, in combination with standard chemotherapy protocols, significantly increases the survival rate of treated animals.

They consist of the administration of nucleic acids that encode for cytokines or factors capable of modulating the immune response in order to stimulate the patient’s immune system to recognise and attack the cancer.

Numerous pre-clinical studies and preliminary results of clinical trials (phase IIb KEYNOTE-695 trial for metastatic melanoma and phase II KEYNOTE-895 trial for triple-negative breast cancer) have demonstrated that immune-modulating therapies (in particular IL-12 based therapy, TAVOTM) can be an effective solution in the control of metastatic disease. Treatment can be administered either locally, via intratumoural injections in accessible nodules, or intramuscularly with systemic therapeutic intent.

A specific DNA sequence is delivered directly into the cells in order to allow the endogenous synthesis of monoclonal antibodies to attack the tumour or increase the effectiveness of the immune system.

Electroporation allows DNA encoding for proteins that exert an anti-tumour therapeutic effect to be delivered into cells.

Genetic disorders are caused by one or more abnormalities of the genotype, such as gene mutations or chromosome alterations. Many genetic disorders are the result of genetic changes present in every cell of the body. As a result, these disorders often affect many systems of the body and most cannot be cured. In some cases, approaches are available to treat or manage some of the signs and symptoms associated with these conditions. One potential curative approach for genetic diseases is gene therapy, which involves replacing the mutated gene with the normal gene.

Some of the most common genetic diseases include: cystic fibrosis, Huntington’s disease, Down syndrome, Duchenne muscular dystrophy and sickle cell anaemia.

Glycogen storage disease type III is a rare genetic disorder (1 in 100,000 births) caused by a mutation in the AGL gene. This mutation causes the onset of a metabolic disease due to the deficiency of one of the enzymes involved in glycogen degradation, which manifests in the accumulation of glycogen in several organs, including the liver and muscles. The main clinical manifestations are liver failure and myopathy.
IGEA is collaborating with ENEA (National Agency for New Technologies, Energy and Sustainable Economic Development) for the development of a safe and low-cost gene therapy for glycogen storage disease type III (GSDIII). In collaboration with Dr Franconi of the ENEA Biomedical Technologies Laboratory, a gene therapy will be developed that transfers the ‘normal’ gene by electroporation into the patient’s muscle cells.
https://www.enea.it/it/Stampa/news/ricerca-enea-brevetta-nuovo-composto-per-il-trattamento-di-una-malattia-genetica-rara

About Us
Company
Research

Your email has been successfully registered!

The information contained on the website www.igeamedical.com is published for informational purposes only. It cannot replace or supplement any diagnosis made by your doctor. Any and all information may in no way be considered as an alternative to the diagnosis of the treating physician, nor be confused and/or mistaken for the prescription of treatments and therapies. Equipment reviews are for informational purposes only: it is in no way possible to guarantee specific results. The chances of success of any treatment vary from patient to patient, depending on the case.

We are sorry, we couldn’t find what you are looking for.
Search again

Request a callback
Enter your phone number and you will be contacted by our Customer Care
Your request has been recorded
Request a call
I hereby authorize the processing of my personal data for the purposes set out in the Privacy Policy.

REQUEST TO IGEA
Please enter your data and you will be contacted by our Customer Service
Send
I hereby authorize the processing of my personal data for the purposes set out in the Privacy Policy.


Your request has been recorded

Limit of products in the cart reached
On this website, you can buy 1 products in each order.

Request quote
Click on RENT or BUY NOW on this page, add your details and print your price quotation without any obligation.
You can decide whether to proceed with the transaction at a later date.